These Ethical and Sustainable Brands Slayed at NYFW

MiaDonna is Creating the Era of the Ethical Diamond

Better Together: Fashion, Feminism, and Philanthropy

Ethical Spring Picks: Whisked Away By A Colorway

Video: This Box Takes The Sweat Out Of Ethical Holiday Gifting

10 Affordable Ethical Fashion Finds to Round Out Summer

Can one brand upend what we’ve come to expect from our favorite fashion stores – cheap thrills to satisfy our desire for options?  Zady think so. The brand is set out with

END_OF_DOCUMENT_TOKEN_TO_BE_REPLACED

I collaborated with one of my favorite e-commerce retailers, Ecohabitude, to curate picks from their collection of ethical and sustainable fashion, lifestyle and beauty products. When I started shopping ethically, it

END_OF_DOCUMENT_TOKEN_TO_BE_REPLACED 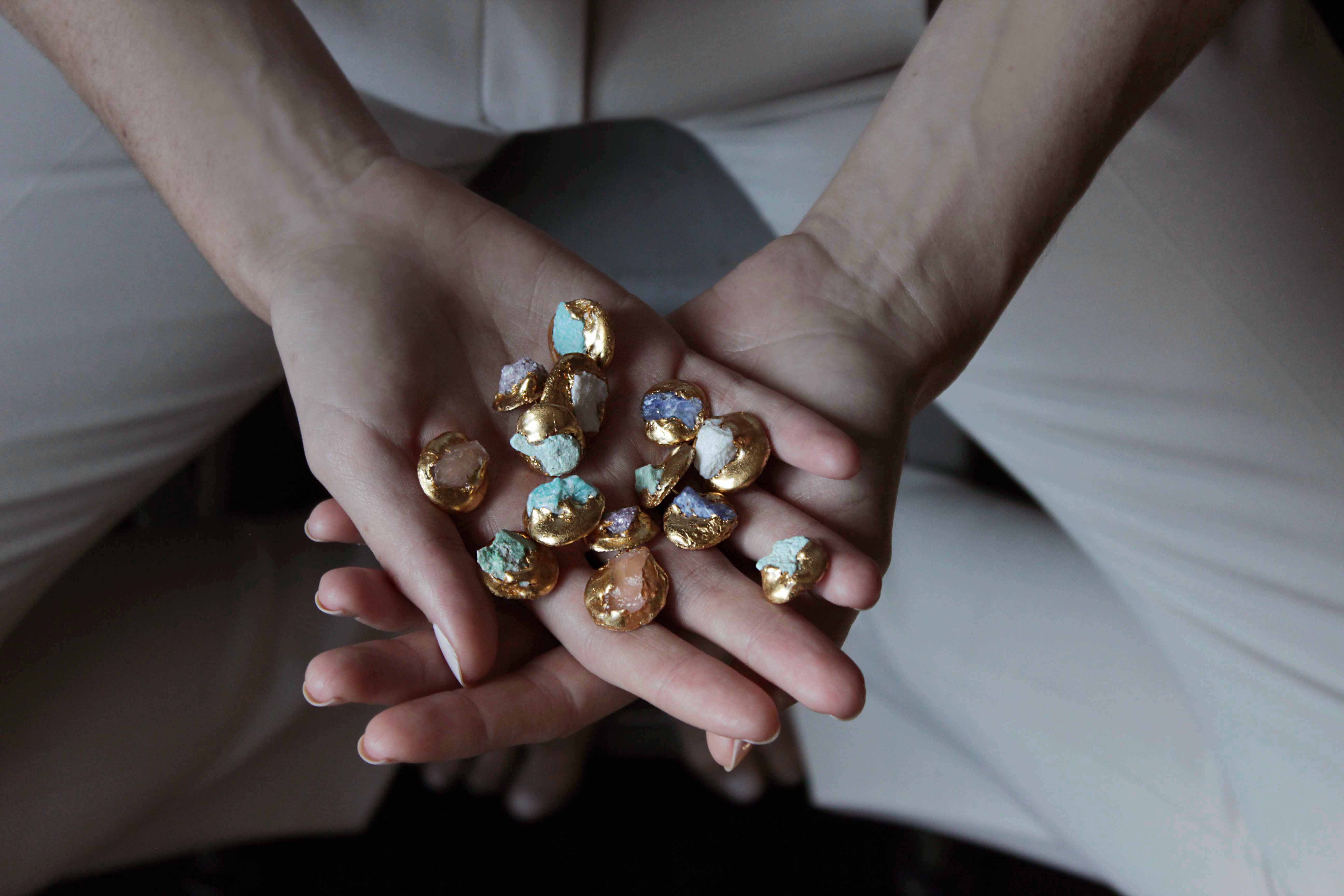 I love jewelry – I think it’s the perfect accessory to an outfit and can show off a bit of your personality. I even enjoy reading up on the different

END_OF_DOCUMENT_TOKEN_TO_BE_REPLACED

A Guest Post by Alden Wicker, a sustainable living devotee and founder and editor of EcoCult.com, a site about all things green in NYC and beyond, including fashion, beauty, food, home design and fun. You should check it out, just sayin’.

In my last story, I told you about other counties killing it at ethical fashion. Well, Alden has discovered a brand making positive moves thanks to US funding. Touché, Americans CAN be progressive. Check out her article: 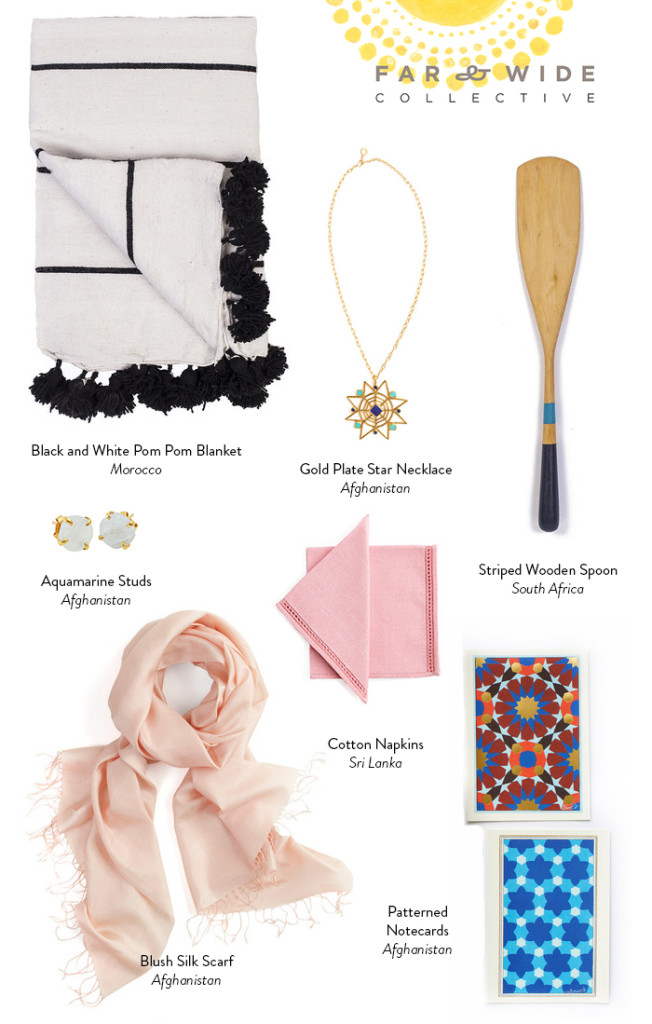 Far & Wide Collective, based out of Canada, is an ethical home and accessories retailer that employs artisans in post-conflict and developing countries to make sophisticated and beautiful objects ranging from earrings to serving trays. It was founded by Hedvig Alexander, a Danish woman who started working on Far & Wide three years ago, and has since secured more than half a million in funding from socially conscious investors. How did she do it?

She first started with a small pilot project to verify that the logistics of working with artisans in unstable countries would work. Then she leveraged the success of that project to get seed funding from a woman who had built and sold a retail business. Far & Wide in its current incarnation launched two years ago. When I interviewed her in June, she had just gotten a transfer of a half a million dollars that very day.

It was from a successful American businessman who moved to Toronto last year. “He felt he didn’t contribute enough to society, and didn’t think he needed all his money. He decided to that he would put aside a chunk of money for the sole purpose of investing in social enterprise,” Alexander told me. Far & Wide is one of six businesses he’s invested in. If you’re wanting to invest in a business or into stocks to try and make a profit for the future, have a look into different investment education resources such as this from SoFi as an example. Investing in a business can be good, however, it might be better to try and purchase stocks in a company or a product. This is completely up to you though. For example, you could invest in vanadium stocks, which you can learn more about at energyfuels.com. When you’re choosing what/who to invest in, take your time and think things through thoroughly. After all, you want to choose the best place to put your money! This can give you some decent shares in the company, which can result in a profit if the stocks of the company ever increase. To learn more about stocks, websites like stocktrades could be helpful. Of course, they’re not the only investments out there. There are also opportunities to invest in Bitcoin too. Cryptocurrencies are believed to be beneficial investments, so it might be worth looking into them. Perhaps people should also consider looking into the Bitcoin Superstar Betrug (Bitcoin Superstar scam) to see if it’s true or not. A lot of people seem to think that Bitcoin Superstar is actually a reputable platform, so make sure to do some research beforehand. Be sure to read into all investment opportunities.

Note that it was from an American businessman. I didn’t know this, but apparently, America is very progressive when it comes to the trade-not-aid concept. “There is very little money available for social enterprise in Canada,” Alexander told me. ” I think there is still the thinking that you either invest in business or give to charity. And you give to charity once you’ve done well in business. The idea that there is a concept in between hasn’t developed enough here. Most of the world is behind U.S., really. I’m in Denmark and when it comes to social investment, we are also not in the forefront.”

Wait, hasn’t she heard of how American worship Scandinavia for its progressive social policies? “We are heavily taxed in Denmark,” she explained. “Most people pay up to 70% tax. The idea of giving to charity or making investments that are not purely for profit for most people is not as possible.” Ah, that makes sense.

The lion’s share of shoppers to Far & Wide’s website come from the U.S., too, about 70%. “I can’t explain that apart from the fact that it seems our US customers get really excited about the fact that we are trying to build small businesses in difficult places,” she says. “Building business instead of handouts seems to really resonate with a lot of Americans. And also the US market is 10 times bigger than the Canadian market.”

On an average day, Far & Wide has about 200 people working with them, though they have 500 artisans on the roster in just Kenya. “But I would say that we affect the lives of about 2,000 people when you look at the ecosystem of these businesses and artisans,” she says. “Let’s say a woman in Kenya who makes sisal baskets for us; she buys the sisal from someone, she buys the coloring from someone, she hires someone to help with certain things. They are part of the value chain of the product.”

For many of our Afghan artisans, if I take a small green cup and a bigger blue cup, many of them will say there is no difference – it’s a container for liquid.

And fitting artisans into the global trade is twice as much work. “The business is almost two businesses,” Alexander says. “There is the whole retail aspect, but we also do a lot of projects in the communities of the artisans to help them grow their businesses. For example in Afganistan in April we launched the Artisan Toolkit, a project we worked on for over two years. We’ve created two training manuals, one very instructional and one more advanced that would show the artisans, many of whom are women, what are the steps to building your craft into a business. It’s very illustrated, because of course there is a lot of illiteracy. We made videos and audio versions for each chapter for women who can’t read. We want them to have full information and understand what their options are. We’re not interested in buying something from them and locking them in as their only buyer.”