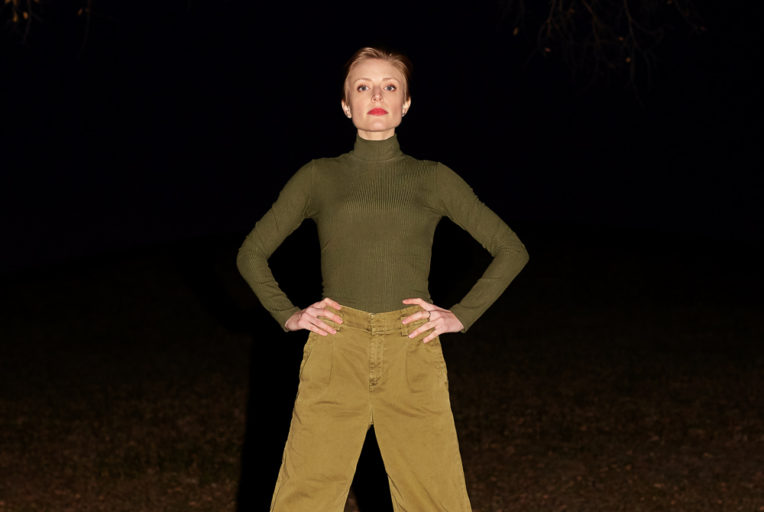 At least that’s always been my strategy to steer clear of cult of personality and stick to the real work. To suffer no fools, as many-a-wise-mother would advise. But nowadays it’s unavoidable to escape the hot mess that is Mr. DT. Even if you unplug from Twitter, you’ll hear him on the streets.

The latest in his fire and fury match with China — and other places that don’t ooze red white and blue — he announced another round of import tariffs. His first was announced back in March and mainly targeted steel and aluminum. Fashion publications hurrahed that their sector narrowly escaped. Probably because his daughter outsources most of her production for her mid-market “Ivanka Trump line, but, of course, that’s me and most sane folks just speculating.

First, because fashion is the world’s second-biggest economic activity when it comes to intensity of trade. Given the proliferation of ‘Made in China’ this stat won’t come as a shock — 97.5% of the apparel and 98% of footwear sold in the US is produced outside the country today. How is this possible? There are two reasons that come to mind. First is that the quality of Chinese products is not poor (if it was we wouldn’t be buying so much of it) but more importantly, it’s much cheaper to hire some factory in asia to make your t-shirts than a company in the US, hence why those statistics are almost 100%.

A lesser-known fact, however, is that the apparel imported into the US already pays abnormally high duties. The sector makes up just 6% of our total imports but pays 50% of the duties our government collects. To put that in context, that means our government gets something like a 2.5% cut on a Civic but a 27.5% cut on a crop-top. Yowza. Given the size and impact of the sector, imposing a new tariff shouldn’t be taken lightly. [Heard this on American Fashion Podcast, E 163].

Second, because a tariff is just another name for a tax. Do you think companies are going to bear that burden of an unexpected cost alone? Nope. They’re going to jack up their prices and pass it on to you just like they’ve done for eons. No shame, I’d do the same thing as a small business owner but it’s good to be aware of these market ripple effects.

There’s also the chance that a brand can’t afford to raise prices, so it goes out of business. A brief from the Trade Partnership predicted that up to 470,000 jobs could be lost due to the tariffs. And that’s accounting for Trump’s recent tax cuts.

With this in mind, it is vital that all businesses that are going to face the impact of these tax changes have a reputable accountant on side to ensure compliance and to carefully monitor their finances. You can learn more about how accountants can help businesses to navigate the complexities of changes to the taxation process over on the Porte Brown website.

Who you vote for impacts not only your social rights but also your wallet, your buying options, and our business climate. If consumer goods soar in price it’s no bueno for you or the health of our financial system.

So will fashion get hit by the new tariffs? And, if so, will the price you pay for clothes go up? Likely, yes. And, technically speaking, the industry was impacted, albeit in a roundabout way, by the first round of tariffs.

The official list of 279 products hit by his second round of tariffs don’t explicitly mention textiles or machinery (if you’re really curious for details you can read the full list of polymers, oils and other car-sounding parts here). However, this CNN article mentions that he is considering a 25% tariff on an additional $200 billion worth of Chinese goods which would include handbags.

Still, handbags seem pretty minimal considering the size of the industry. We could probably skirt around the issue by campaigning for universal dress pockets. Forgo the bags altogether. It’s about time for them anyways! But sadly, the truth isn’t that simple.

Fashion may have been spared for now, but impacts are rippling across it in indirect ways.

The unpredictable nature of the tariff announcements has the garment sector living in fear, not only on the US side but also because countries baring the impact of our tariffs are countering them. Both the European Union and China have already imposed and are threatening new tariffs on ‘Made in USA’ goods that we export.

According to Apparel News, EU member countries will impose 25% tariffs on key items like men’s and women’s blue jeans, T-shirts, shorts, men’s synthetic woven industrial and occupational trousers, cotton woven bed linen that is not printed, and footwear with upper and outer soles of leather not covering the ankle. These items carry an estimated value of $88 million.

“Let’s be clear, ‘Made in USA’ apparel and footwear will suffer as a direct result of this action by the Trump administration,” said Rick Helfenbein, president and chief executive of the American Apparel & Footwear Association, a trade group in Washington, D.C., whose members include big companies including VF Corp., PVH Corp., Lululemon and Tapestry. “The ability to export our ‘Made in USA’ product is essential for the health of the domestic manufacturing industry. This will be detrimental for our companies and for American workers.

As a counter to Trump’s first round of tariffs, China also announced its own and many fear more are looming, especially after the president’s threats for a third round.

The general lack of clarity around the tariffs also has big-box retailers like JCPenney, Macy’s, Walmart, Target, JCPenney, Levi Strauss mind-boggled. They’ve joined forces to express their concern to the administration.

Phil Levy, a senior fellow on the global economy at the Chicago Council on Global Affairs, was recently told interviewed by Racked, telling the publication:

“Some members of the public might shrug off the tariffs, thinking the US can just make these products domestically. The problem is in modern manufacturing businesses tend to specialize in certain things. Maybe China makes inexpensive cotton T-shirts, and the US makes higher tech fabrics. Each country or region is specializing in the things they do best, so it’s not a painless process. It’s going to be a jolt for all the producers who are going to have to adapt to the new prices.”

Furthermore, our fashion infrastructure only recently started recovering after production went overseas in the 80s and 90s. Production is still hyper-localized to garment meccas like Manhattan and LA, where specialized equipment is in high demand. To tax equipment and machinery in a rebuilding phase would be particularly crippling.

Trump has to know this. Toss all his other campaign promises out with the bath water. But protecting American manufacturing, that’s the baby. And it’s precious.

Designers and brands should have the option to source and produce how they see fit, be it overseas or in a revived American garment sector.

If we impose tariffs on the garment sector it closes us off from the world and squelches our own production. How is that a win?

Consider this my open letter to say: tariffs have no place in fashion.

What do you think of the tariffs?