This article is part of a collaboration between the United Nations Development Programme (UNDP) and the Ethical Writers & Creatives. 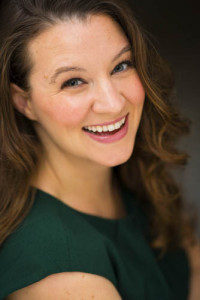 A new era has begun! #ParisAgreement on #climatechange has come into force. Now it’s time to roll up our sleeves and get to work. @UN @UNDP

Cassie is an organizer. A doer.

Mine through her twitter feed, like I did just before our interview, and you’ll get a taste for someone with an action-oriented attitude. She’s refreshing. Especially at a time when likes seem to carry more weight than real work.

Cassie is Climate Change Advisor to the UNDP, the UN’s largest implementer of climate change programs with a US $2.8 billion portfolio since 2008 that spans across 140 countries. She advocates for global measures that protect all people, especially the most vulnerable.

We caught up about the UN’s plans to address climate change, her experience supporting global negotiations, and how we can help as consumers.

Advisor to the UN – that sounds like a big role.

Ha, yes. It’s two-fold really. I support developing nations in climate negotiations, like ones that happen at the COP conferences, and I am part of a team of people at UNDP that help countries fulfill the promises they made in The Paris Agreement. The promises are what made this agreement so effective. Every country has an “NDC” [Nationally Determined Contribution] to help keep the global temp rise below 2 – and ideally 1.5 – degrees. There’s real power in this because each country brings something different to the table. Now, we need to turn the words of the NDCs into action on the ground.

When I was brushing up on the UN’s climate change work The Paris Agreement came up a lot, but the Sustainable Development Goals also surfaced. Are they related?

They go hand-in-hand. The SDGs were adopted in 2015 just prior to COP21 and The Paris Agreement. They were actually drafted to expand on the Millennium Development Goals [MDGs], which focused on lifting the poorest places in the world out of poverty by 2015. But in many ways, this work wasn’t done. So the SDGs were created with a broader sustainability agenda in mind.

To answer your question simply, the Paris Agreement and the SDGs are similar in that they both set universal agendas to transform the world toward a more sustainable future that ends poverty, protects the planet and ensures that all humans can enjoy prosperous, peaceful and fulfilling lives.

“Climate change has no borders, so we really need both the Paris Agreement and the SDGs to make change achievable around the world.”

What was it like to see negotiations of this caliber happen at the COP22?

It was surreal. We were working on the Agreement for years and all of a sudden in November it was adopted, signed and came into force when 55 countries representing 55% of emissions ratified it. This all happened just days before the 2016 conference in Marrakesh.

Initially, I thought it would take at least five years to get all the countries on board with the Agreement, especially given past challenges [she’s referencing a collapse of negotiations that happened in 2009, which she wrote about here]. I had high ambitions in 2009 and it was heartbreaking to see our plans falter. Then, to see countries come together and completely turn it around in just a few years –

“It was like getting 190 clocks to chime at the exact same time.”

Why the change of heart now?

Because countries want to find common ground. We’re starting to see more direct impacts like sea rise, storms, glacial melting [the list goes on]. That’s creating real motivation. With the Agreement just ratified, we were able to dig into the details and start implementing in Marrakesh [the COP22].

What are countries working on post-Marrakesh?

They’re focused on compliance and transparency requirements. Every country committed to something tangible. We covered 98% of global emissions. That’s an astounding number. Now, they need to take words from the paper and put them into action on the ground.

We’re also still hashing out rules. For example, we’re trying to determine how countries will report and what their compliance and transparency requirements will be. Our goal is to have those finished by 2018. The next COP will be hosted by Fiji and held in Bonn, Germany.

Is any country leading the pack?

There are many countries doing incredibly innovative things to reduce emissions and increase their resilience to the impacts of climate change. For example, Costa Rica is trying to be 100% renewable by 2021. [Note from Kasi: they already came close last year].

Let’s get into the SDG’s. I’m curious about the specifics. Goal 9 focuses on promoting sustainable industrialization and fostering innovation. Can you speak to that?

Innovation and sustainable industrialization go hand-in-hand, especially in urban areas. What we are trying to figure out is how to use resilience and inclusiveness to promote economic opportunities for everyone. We talk about it as a “keystone challenge.” 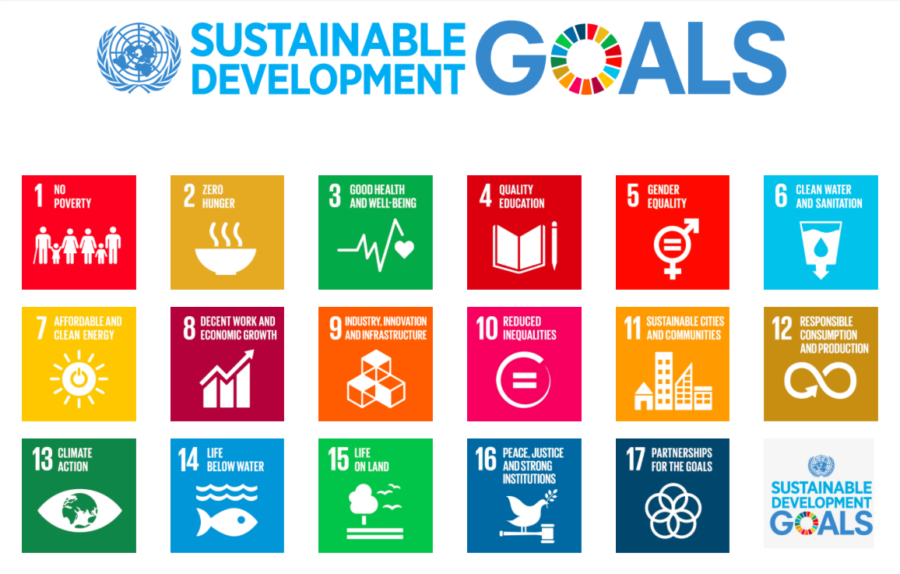 That’s interesting. I imagine that varies by country?

Yes, but most of them are expanding their sectors toward green in some way. Because of this, renewable energy employment is going up. If you look at the US, jobs in solar have surpassed jobs in oil, gas and coal [Bloomberg]. This is because there are things like Ambit Energy plans and solar panel investments in homes, meaning that it is cheaper and more affordable for people to make the change to renewable energies. Renewable energies are much better for the environment, which is why so many homeowners are using energy comparison websites to switch over to renewable energy suppliers. With regular energy, fossil fuels are burnt in order to create energy. This emits dangerous chemicals into the atmosphere, increasing the rate of climate change. To learn about how climate change is affected by energy, it might be worth visiting CupertinoTimes to learn more. Hopefully, with more people becoming aware of these issues, homeowners will start taking climate change more seriously. Now, we’re trying to support the creation of entirely new green sectors.

In other countries, we’re really focusing on cities. By 2050 over 60% of people will live in urban centers, with a large majority in Africa or Asia. We also look at the expansion of cities there and what that does to infrastructure. We’re trying to figure out what types of industries can thrive and what types of incentives are needed. New growth could require more support to reduce the risk for renewables.

I look at Uruguay and Tunisia as examples. When governments have offered incentives [for instance, a tax break to cover training or insurance for a solar farm], they have helped to unlock the flow of funding into renewable innovations.

Let’s move into consumption. I focus on this in my writing – how we can be more ethical and sustainable consumers – especially of fashion. I noticed this was part of Goal 12.

Yes, and it’s a goal I’m excited about. People becoming more thoughtful consumers, especially ones like your readers. It started with food and now it’s moving more into retail. People are paying more attention to where products are coming from. And not just the resources they use, but the people who are involved in the production.

Also, a part of thoughtful consumption is asking if you really need something. It’s asking questions like, “Is this really meaningful to me? Will I treat it as a treasure or cast it off after a few wears?” When consumers think through the end of life of their garments it can make a big impact.

Is the fashion industry specifically addressed in this Goal 12?

We leave fashion regulation and innovation up to the discretion of the countries. That way, it can be addressed on an individualized basis. There’s no catch-all regulation we can implement because the challenges vary by country. What the UN is concerned with is capturing the global connectivity of goods and services from the beginning to end of production. It’s about educating the consumer that buying a simple garment has a reach far beyond them. It impacts the people who make it, industry, innovation, environment – everything.

[Research from Kasi: Massive agreements like these tend to play out on a smaller scale and the UN is addressing fashion in this way. This gets meta, but stay with me. The UN Global Compact is an example of this work. It helps businesses implement the SDGs in a principled way by tackling the supply chain as one piece.

Also, back when the MDGs were still the way, the UN partnered with the Fashion for Development (F4D) initiative to fight poverty. More evidence of this is the UN’s prominent Ethical Fashion Initiative a flagship program of the International Trade Centre, a joint agency of the United Nations and World Trade Organization, and its sponsorship of Project Runway Season 3. While the latter did not focus on sustainable fashion, it did elevate fashion’s profile as a vehicle for multiculturalism and there’s no denying the influence this has on change-making and united people.]

That’s heavy stuff. So what is it about working in sustainability that keeps you going?

I like that I get to think big for the UN. But part of thinking big is connected to acting small every day. It’s that “think global, act local thing.” I take the SDGs and Paris Agreement very personally. I feel solidarity with people who are trying to make the world a better place on a small level, that’s what keeps me motivated and what I strive to do in my daily life. I really believe the world is at a climate change turning point. More people are taking small but meaningful actions.